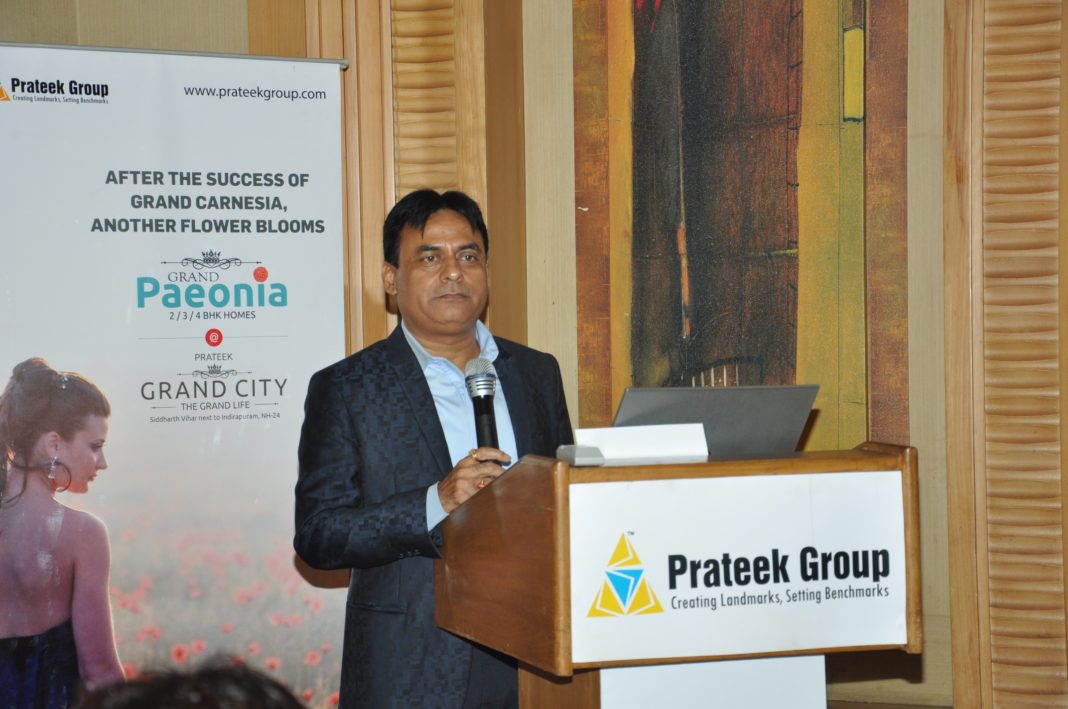 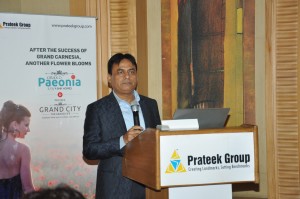 The project is an addition to its township and is the second phase development after ‘Grand Carnesia’. Like ‘Grand Carnesia’, the ‘Grand Paeonia’ will offer all modern world-class facilities to the residents and will make luxury affordable by offering 2, 3 and 4BHK homes with luxurious amenities, said a press release.

The Grand Paeonia comprises about 2,000 units within nine exclusive towers. Each tower in Grand Paeonia has a minimum of 26 floors and a maximum of 28.

While the Grand Carnesia will be sold at the rate of Rs4,400 per sq. ft. even when the subvention is over by March 31, the Grand Paeonia will be launched at an exclusive price of Rs. 4,050 per sq. ft. with additional charges applicable from March 21.

The Prateek Group has announced March 2018 as the possession date for Grand Carnesia, whereas Grand Paeonia will be up for possession by March 2019 with P-5 & P6 being the only exceptions.

‘Grand Paeonia’ and ‘Grand Carnesia’ are part of Prateek Group’s ambitious project – Prateek Grand City, a 40-acre integrated township which is developed on a land allotted by the UP Awas Vikas Parishad. Prateek Grand City is located alongside the proposed 14-Lane NH 24 Expressway and is a 12-minute drive from Pragati Maidan in New Delhi.

Prashant Tiwari, Chairman, Prateek Group, said, “The development of ‘Grand Paeonia’ at Prateek Grand City will add a distinctive edge to our realty portfolio and will enable us to offer unmatched comfort and affordable luxury to an even larger consumer base. The unprecedented response that ‘Grand Carnesia’ garnered encouraged us to take forward the development of ‘Grand Paeonia’ on a war footing which enabled us to realise the project within seven months of introducing ‘Grand Carnesia’.”