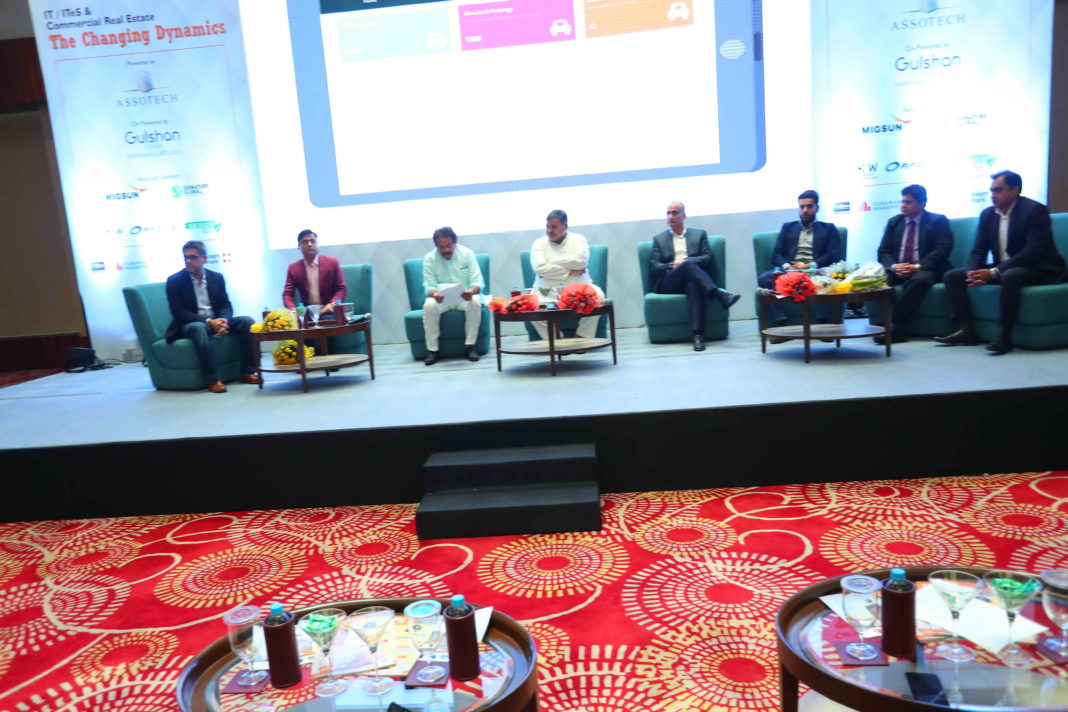 A power-packed knowledge meet on commercial real estate was organised by Realty & More magazine to commemorate the fifth anniversary of its uninterrupted publication, at Noida on Wednesday. Top developers and reputed IPCs and DPCs participated in large number to make it a huge success.

UP Cabinet Minister SP Singh Baghel was the Chief Guest and senior BJP leader RP Singh Guest of Honour at the day-long meet held under R&M Podium, a discussion and networking platform conceived by the magazine about three years ago. Vivin Ahuja, Director, RERA, NCT of Delhi, was also present as a special guest.

‘IT/ITes & Commercial Real Estate, The Changing Dynamics’ was the subject of deliberations at R&M Podium, which comprised three panel discussions of over one hour each. While experts from international consultancies moderated the discussions, prominent developers candidly put forth their viewpoints and shared experiences. The thoughtful exchange of ideas and intense discussions made it a great learning experience for the audience, which comprised senior executives of realty firms and other important stakeholders of the real estate industry.

GST Sunk In To India Inc. And Led To Feel Good Factor In It: PHD Chamber