The repo rate, at which RBI lends to the banking system, will continue to be at 7.5 per cent and the cash reserve ratio, which is the amount of deposits parked with the central bank, will remain at 4 per cent.

However, Rajan gave hopes that home and auto loans would get cheaper as the central bank said that it is determined to push banks to lower lending rates.

Banks have refrained from lowering rates even as the RBI has reduced repo rate twice by 50 basis points since January this calendar year. “Comfortable liquidity conditions should enable banks to transmit the recent reductions in the policy rate into their lending rates, thereby improving financing conditions for the productive sectors of the economy,” said the policy statement.

Rajan, who has surprised with two rate cuts of 0.25 per cent each outside the scheduled review meetings this year, however, affirmed his commitment to the accommodative stance, but added that policy moves will be shaped by incoming data and added that transmission of rate cuts by banks will be his top-most priority.

Dhirender Gaba, MD Fairwealth Housing Pvt. Ltd. Said “The RBI has already surprised the people with the announcements of the cut in Repo Rate by 0.05 basis in the months of Jan and Mar this year and the further reduction in the Repo Rate and CRR rate were not expected as such. The RBI with its announcement in the last quarter had clearly proved that they are serious about the fiscal consolidation and will likely to continue the same in the view of the inflation time to time.
Although, the RBI in the announcement of its monetary policy today, has kept the key rates unchanged, whereby the industry should look up to better market conditions ahead. However, the real estate sector was keeping its fingers crossed for the further cuts in the Repo Rate and the CRR rate as it had directly benefited the investors and would have encouraged them for buying which is the need of the hour.”

David Walker, Managing Director SARE Homes said “It is disappointing that the RBI has not cut rates as inflation is well under control and the economic recovery that was expected is taking longer to come to fruition.  Reducing the cost of finance is key to stimulating new investment, jobs and ultimately giving confidence to people to buy new homes.”

Aman Agarwal, Director, KV Developers says on RBI policy review said “As the Central bank relied on various external factors and seen waiting for more data to take an informed call on for the next step to bolster economic growth, the realty sector wants a further rate cut to bring in much-needed spur to the lacklustre performance of the industry. The sector has wanted a rate-cut in line with the previous two in this year and awaits better transmission of policy rates in order to derive maximum benefit for all stakeholders as rightly highlighted by Rajan.
We expect and hope that the central bank would announce reformatory measures in near future to bring the long-awaited impetus to the sector that is one of the largest GDP contributory.” 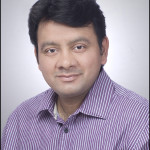 Anuj Goel, Executive Director, KDP Infrastructure said “As a real estate developer, I’m really disappointed. Despite many positive signs in economy, such as companies earmarking the largest funds for investment in four years, the decision of central bank to keep policy rates unchanged dampens the spirit. RBI has cited paucity of data on crop damages due to untimely rains across India, which is well taken, but at the same time, the real estate sector also employs the largest number of people from rural areas. A slight cut in repo rate would have ultimately translated into more jobs to people from affected areas.”

Kushagr Ansal, Director,Ansal Housing, says, “There is no rate cut in the latest monetary policy by RBI, unlike the last two policies. A parallel cut in repo rate and CRR would have brought a win-win situation for the banks. They would have the interest rates reduced and could keep back additional funds. This would have increased their borrowing and lending capacity as well thereby creating a wave of positive sentiments in the market”.

Rupesh Gupta, Director, JM Housing says, “As our economy is developing it is very important that RBI brings down the rates so that the banks may carry out their activities smoothly. The reduction in rates would ultimately be advantageous to the customers for the reason that if banks have reduced rates, the same will apply to the end-borrowers too and real estate market will have a pool of demand to deal with”.

Deepak Kapoor, Director, Gulshan Homz said, “A fall in rates was very much expected from the apex body. Reduction in rates was much needed so as to help the customers decrease burden on them. With inflation and fiscal deficit coming under control, a cut in key rate would have helped the real estate sector greatly as customers would have got a good reason to invest here with lesser pressure on their pockets”.

Mahipal Singh Raghav, CMD, MMR Group says, “Decrease in previous rates by RBI brought a ray of hope for further reduction in rates this time too. However, the rates are unchanged. Reduction in rates might have conveyed relief to banks along with general masses. However, we hope to get these rates reduced by RBI in their next monetary policy so that market gets back on track and people can invest with lowered EMIs”.

Rajesh Goyal, MD, RG Group said, “Cut in the policy rates is need of the hour and was highly anticipated. The cut in CRR would have increased the lending capacity of banks, ultimately reducing the weight on public’s pocket. The reduction could have brought about many positive changes and would have acted as a catalyst in our economy’s growth”.

Naveen Goel, MD,Radhey Krishna Group said, “The monetary policy of RBI should be practical, it is not only the bank which is affected by the policy but ultimately it affects the end borrowers. We expect a further reduction in the repo rate and especially in CRR in the next monetary policy by RBI so that the banks can have a better lending capacity”.

Sachin Sandhir, Global Managing Director – Emerging Business, RICS said “Today’s announcement of keeping the key policy rates unchanged by RBI comes on expected lines. A low and stable inflation is a necessary pre-requisite for any rate revision.
A rate cut would have supported the residential sector by contributing towards reducing borrowing costs while increasing developer liquidity and boosting buyer affordability. It would also have encouraged potential homebuyers to enter the market, thereby reviving sales volume.
RICS anticipates that the sustained deceleration in inflation will prompt a round of monetary easing in mid 2015, a move that would be an important and much needed first step towards boosting the residential market.”

Manoj Gaur, MD Gaursons India Ltd. & President CREDAI Western UP: “Its not good news for real estate sector, I think if government is serious about housing for all, as it showed in current budget that they are targeting 6 crore houses in rural and urban areas till 2020, the interest rate for home loan should be in single digit to achieve the dream housing for all”.

Om Chaudhry, Founder & CEO, FIRE Capital & Chairman Astrum Homes: “No change in CRR is no surprise as RBI has reduced it twice by 50 basis points since January this calendar year. We were expecting rate cuts so that the real estate sector should benefit, which results in direct benefit to the property seekers also. Lower rates are important which would have given a boost to the weak sentiments in real estate sector. However, no change in the repo rate is also a positive sign that the marketing is getting a positive response as per the government policies”.

Sanjeev Varshney, MD, Prop Leverage: “Sporadic decrease of repo rates by RBI in the past had led to potential homebuyers to planning their homes purchasing. In line with market expectation, now RBI has kept repo rates untouched thus allowing more buyers to execute their plan of investing in property. Now they are sure that since rates will be constant, the EMIs will not increase either”.

Suresh Garg Hon. Secretary CREDAI Western UP and CMD Nirala World, said “RBI decision not to reduce the Repo rate is disappointing for the sector. The sector was expecting the cut. In the budget the Government has huge plans for affordable sector however it can be only fulfilled once the loan interest is at acceptable rate”.