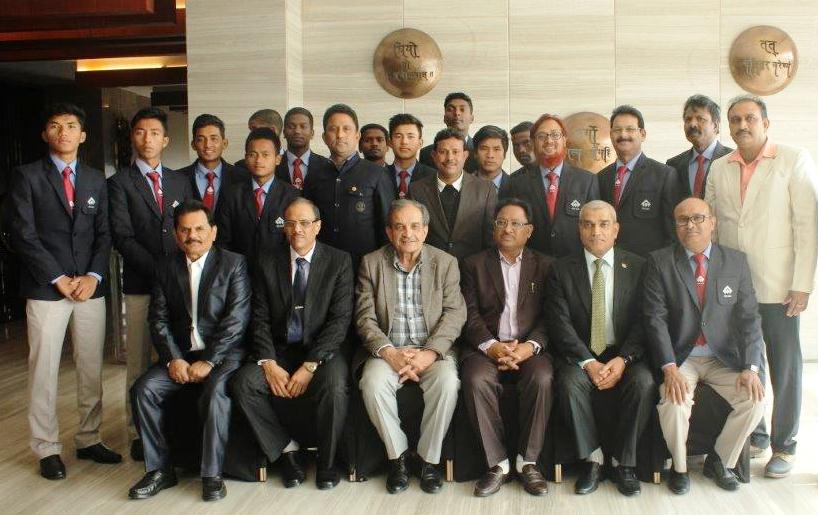 Hon’ble Steel Minister announced a cash prize of Rs five lakh for the team and presented sportswear to each cadet. The 16 budding talents of SAIL Football Academy, located in Bokaro, represented Jharkhand State U-17 (boys) in the Subroto Cup tournament held during September 2017.

During the ceremony, Shri Birender Singh congratulated the players for their excellent effort and said, “These talented boys have proved that with proper facilities and support, our sports persons can be world beaters.” Praising the efforts of SAIL in running various sports academies, he remarked, “Promotion of sports and nurturing talents should be encouraged and more organisations should come forward to support budding players and help India gain sporting glory.” The Minister observed the coincidence of felicitating the budding footballers in Kolkata, which is the mecca of football.

While congratulating the young SFA cadets, Minister of State for Steel Shri Vishnu Deo said, “It is heartening to see how SAIL also encourages excellence of sportspersons while leading the steel industry in India.”

Speaking on the occasion, SAIL Chairman Shri PK Singh praised the SFA for developing footballers and winning the Subroto Cup four times. He observed, “SAIL does not produce only steel; it also produces excellent sports persons and outstanding students for virtually all sectors of administration, public service and economy.”

SAIL sports academies have excellent amenities with top-class practise areas matching the standards of national-level facilities where training is imparted with the vision of raising best-in-class talents.

Real estate and luxury segment how brands performed in 2017 and what they foresee for 2018.