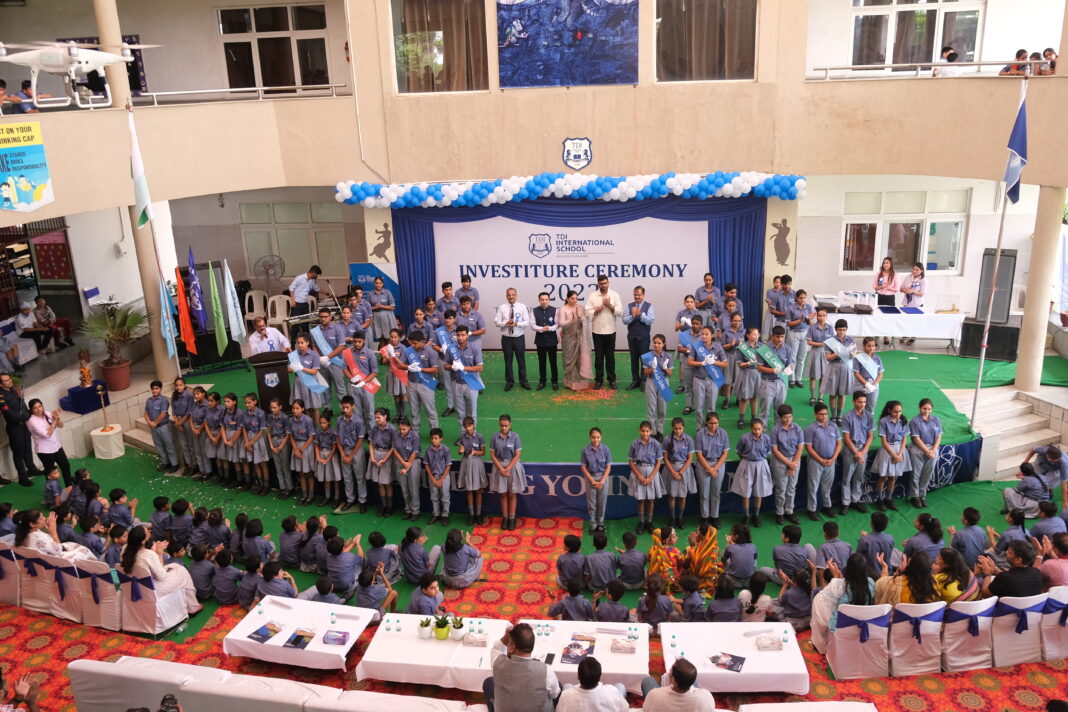 TDI International School organised an Investiture Ceremony on July 22, 2022 from 9:30 am to 11:30 am, which saw the presence of Digvijay Chautala, Secretary General, Jan Nayak Janta Party.

A press release issued by the company says that the Investiture programme was held to officiate students’ positions in the Student Council. They were conferred titles and given badges by the Principal of the school and the Chief Guest.

After the badge distribution program to the Student Council members, the Academic Excellence Award winners were announced. The meritorious students received the award from the Chief Guest and the Principal.

As the ceremony drew to a close, Chautala gave a speech urging students to focus on their academics and future.

He was felicitated by the Principal and the management. The Investiture ceremony ended with a Vote of Thanks by the Vice Principal.

Expressing  regards on the occasion, Harender Kumar Sharma, Principal, TDI School, said, “We are deeply indebted to Digvijay Chautala for gracing the ceremony with his presence and offering his insights to students. It was wonderful to see that the program went well in a smooth manner. We hope that the students who have been appointed to the Student Council discharge their duties with perseverance and dedication. I extend my deepest congratulations to the winners of the Academic Excellence Awards who have made the school proud with their hard work and stellar performance.”

Why Sohna is a preferred destination for plot investments in Gurugram