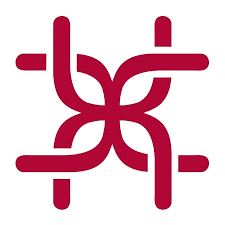 According to a press release, Unimark Solitaire is defining new levels of luxury by offering lavish experiences by International brands such as IOSIS, Quintessentially Lifestyle, Versace and Bose.

The project is spread across two acres amid Kolkata’s crème-de-la-crème locale and is the first residential project at EM bypass located between ITC Sonar Bangla and JW Marriott.  Adding the glamour quotient, the group has endorsed Bollywood celebrity KareenaKapoor as the brand ambassador. While the celebrity presence creates an oomph in Unimark Solitaire, its luxuriously crafted 3 and 4BHK homes and project features offer a one-in-a-million experience of  privileged lifestyle, the release said.

Speaking on the launch, Harsh Patodia, Chairman & MD, Unimark Group & Vice President, Credai India, said, “Since the last few years, EM bypass has been witnessing unprecedented growth due to its proximity to major city landmarks, swiftly emerging as one of the most desirable destination in Kolkata. With the launch of Unimark Solitaire, EM bypass would offer an unmatched luxurious lifestyle to the people of Kolkata.”

Kumar Vardhan Patodia, Director, Unimark Group, said, “Unimark Solitaire is going to be the next landmark in the super luxury housing segment in the city. Through Unimark Solitaire we are offering lavish experiences provided by the International brands such as IOSIS, Quintessentially Lifestyle, Versace and Bose to our customers and making it a one-in-a-million landmark in the city.”