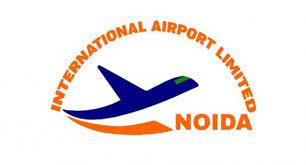 NIAL will own the golden share in Yamuna International Airport Pvt Limited (YIAPL), the subsidiary that will develop and operate the airport. A golden share will provide veto power to the UP Government and ensure no hostile takeover of the company takes place.

“The Noida International Airport will accelerate the development of industrial infrastructure, boost tourism, ease air traffic and create more jobs in the state. Airport operations will generate a multi-dimensional progress, leading to the economic development of UP,” the Chief Minister said.

The title of 1,334 hectares, the land required for the first phase of the project, was transferred to NIAL on July 17. NIAL will now issue the licence to YIAPL to start construction and authorise it to use the land for the 40-year concession period.

Arun Vir Singh, CEO of NIAL, said that YIAPL would soon be given possession of the land. “Only a handful of families are left in Rohi. They have sought a few days’ time. We will clear the site and hand it over to YIAPL for construction to begin at the earliest,” he said.

Christoph Schnellmann, YIAPL CEO, said, “We have been working on the site since last year. We expect construction activities to start in the next few months. The UP Government is in the process of concluding rehabilitation and resettlement activities.”