With inbuilt LED lights, the fans provide with 10 hours back-up 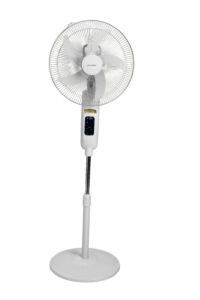 New Delhi, 17th  April 2019: Halonix Technologies Pvt. Ltd., one of the country’s most progressive and environment friendly lighting companies is all set to rock the world of innovation through a new series of futuristic fans including Inverter Fans with ten hours of back-up. Just after introducing its revolutionary inverter LED light, Halonix has now insured that Indian consumers are well equipped to handle powercuts.

Mr. Rakesh Zutshi, Managing Director, Halonix Technologies Private Limited said, “We are bringing a unique range of inverter fans across the pedestal fans, table fans, wall fans and personal fans categories which provide a back-up of 10 hours. These fans are an integrated solution for power cuts as they also have an in-built LED light. Some of these also have a usb port to charge your mobiles as well as solar charging. ”