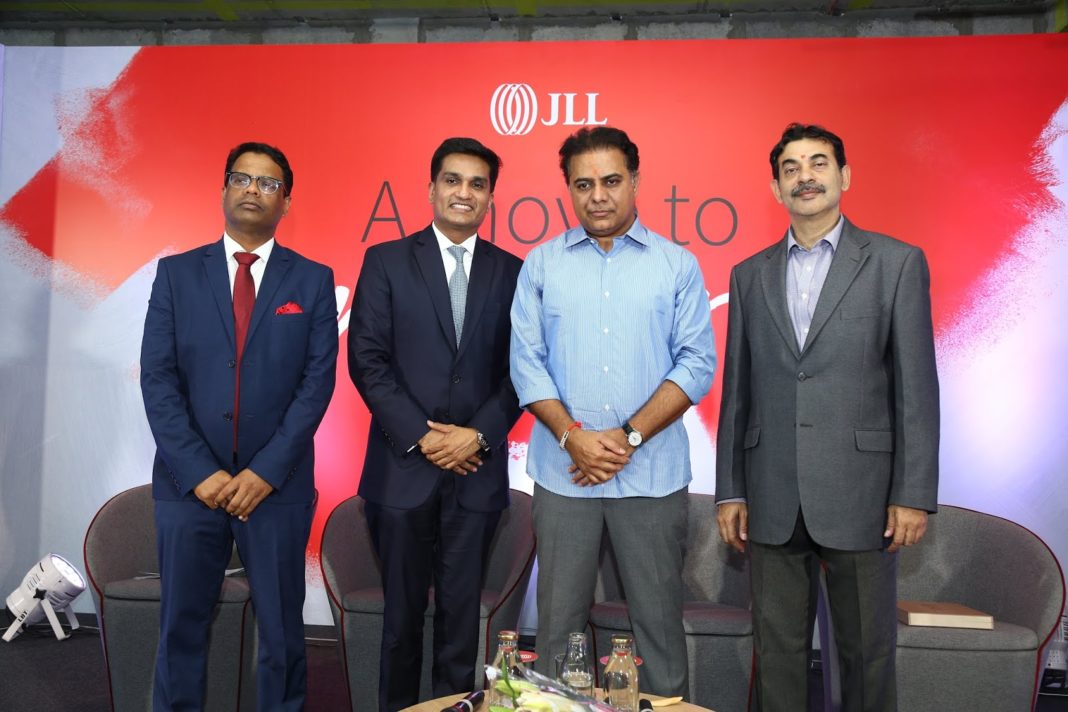 Hyderabad, 14 August 2019: Investments in Hyderabad has surged more than five times to approximately INR 101 bn since the beginning of 2015 till the first half of 2019, according to the latest JLL study released today. The beginning of 2015 also marked the emergence of the new state as the potential investment destination among investors and occupiers. Compared to this, the city received INR 18 bn from 2008 to 2014.

The study said, focus on infrastructure, strong economic growth, development of world-class office and residential assets and progressive state-level reforms introduced in recent years have positively impacted the investors’ and occupiers’ preference for the city. As per the research, the office segment attracted ~70% of investments.

“The formation of Telangana state has added to the growth potential of the city. There is a growing preference among global as well as domestic occupier companies toward quality assets. Expansion led by co-working operators, BFSI and select IT/ITeS companies have resulted in the strong surge in Hyderabad. Our outl ook on the city remains positive,” said Ramesh Nair, CEO & Country Head, JLL India.

“Compared to this, the net absorption in other cities remained relatively slower as the markets continued to witness consolidation, primarily in IT/ITeS domain players, and relocation of corporates in a bid to lower costs and enhance efficiencies,” Nair added.

Going ahead, Hyderabad is likely to be the front runner in o ffice segment with 13.2 mn sq ft, constituting 28% of the overall new completions in India in 2019. Almost 50-60% of this space is already pre-committed.

City’s significance is evident from the fact that it ranks second globally on the JLL’s City Momentum Index in 2019, placing it right after Bangalore. JLL’s City Momentum Index released its sixth edition in 2019 and this year the focus has been purely on short-term momentum of 131 cities across the globe. Short-term momentum refers to the dynamism and rapid growth of cities. Rapid growth comes with its own challenges like adding pressure on the city’s infrastructure and often involves a compromise on the quality of life of the citizens. If these issues are not addressed, they will affect the long-term growth of the city.

“In the last few years, global technology giants and companies have entered Hyderabad market resulting in its tremendous economic development. The city’s investment in urban infrastructure is one of the key contributors to its impressive growth. Newly developed infrastructure has improved connectivity to accommodate the growing population and improved living standards. All these developments added to the real estate sector’s growth in the city,” said Sandip Patnaik, MD – Hyderabad, JLL India.

On the residential front, the research said, the city is setting new records. While there has been a decline in new launches sales have seen a continuous rise since the second half of 2017. Puppalguda, Gopanpally, Manikonda, Narsingi and Nallagandla attracted a majority of the new launches. More than 40% of the launches have come in the mid-market segment in the INR 7.5-10 mn bracket. The city has seen an average price appreciation of 6% y-o-y in H1 2019.