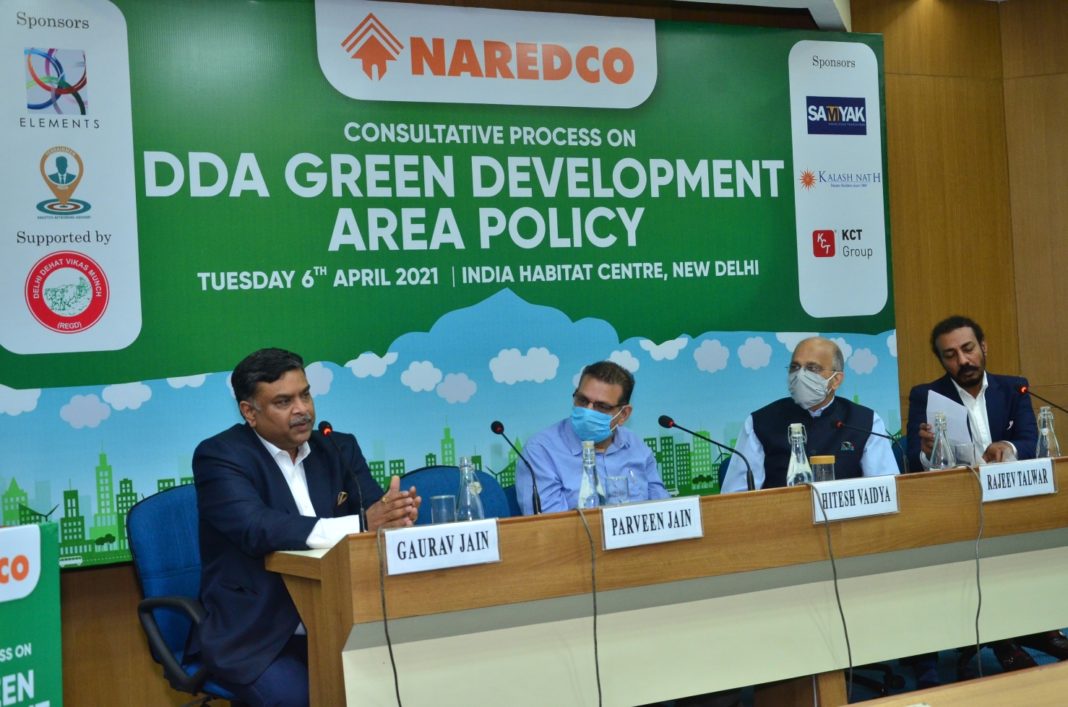 She also appreciated Naredco’s efforts in organising this consultation process and indicated that the recommendations, as received, would be put up before the Board of Inquiry and suggestions incorporated in the policy. She also indicated that DDA would also invite Naredco for presenting its recommendations to the Board.

Hitesh Vaidya, Director, National Institute of Urban Affairs, said, “With the help of DDA, we have already submitted the first draft of MPD 2041. We all want and wish that change to happen in Delhi for next generation and we want to become a bridge between policymakers and implementing process.”

Speaking during the inaugural session, Rajeev Talwar, Chairman, Naredco, said, “A huge number of people have invested in land and expected that a change will come in policy through which they will be able to monetise and give a direction to new development in the region. There are villagers, small developers and all other stakeholders expect change in policy for urban development.”

Niranjan Hiranandani, President, Naredco, lauded Naredco’s efforts in holding the event and bringing together all the stakeholders to make sure the policy becomes operational well on time.

Gaurav Jain, Vice-President (North), Naredco, said, “Once this policy came into public domain, we felt that something has come back what we have lost in the last so many years. The idea is to bring NIUA, Naredco and DDA on the same platform and aim for a sustained and planned development in the city.”