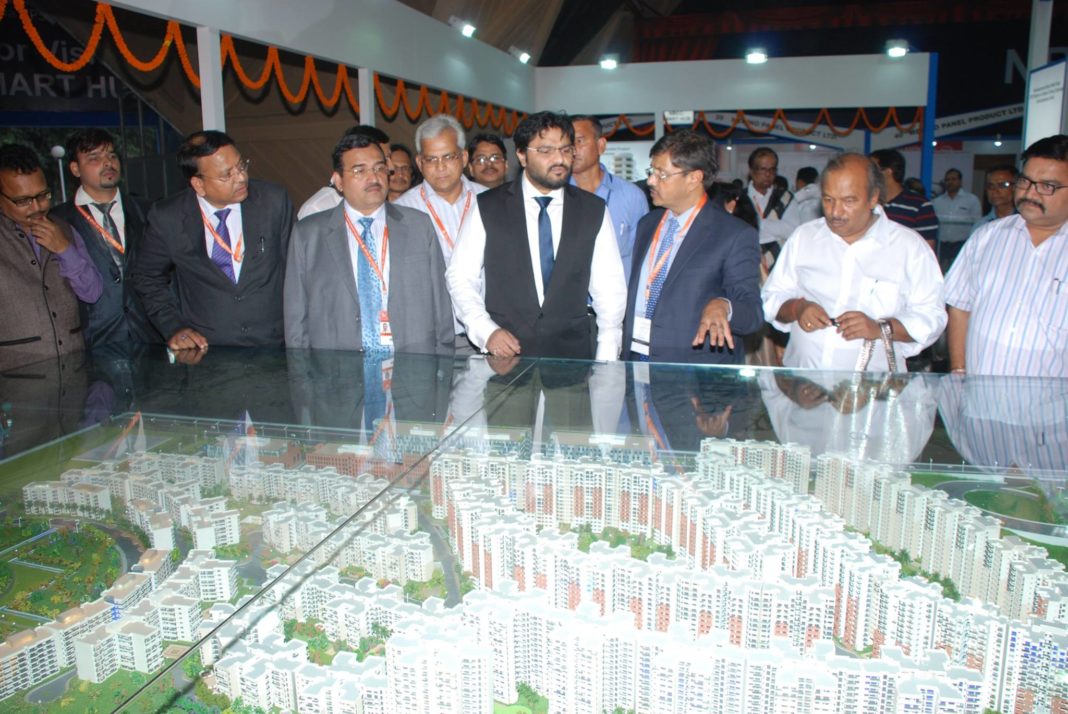 The Smart Hub pavilion put up by the National Buildings Construction Corporation (NBCC) at the India International Trade Fair showcases the revolutionary shift taking place in the country in respect of construction and development of hubs and commercial spaces.

One of the models on display at the pavilion is Rs.5,000-crore East Kidwai Nagar Redevelopment Project being implemented by the company. According to press release, the model depicts the smartness that has taken place in construction activities involving aesthetics and sustainability.

Babul Supriyo, MoS for Urban Development, inaugurated the pavilion at Hall No.4, ITPO, Pragati Maidan in New Delhi on November 14. The minister was accompanied by Dr. Anoop Kumar Mittal, CMD of NBCC along with its Directors and senior officials.

The release said this year’s participation in the fair by NBCC is unique as about 50 of its associates including those from Japan, Malaysia and Korea have also put up their stalls in the NBCC pavilion displaying their products and services related to smart construction.

After visiting all the stalls, the minister appreciated the initiatives of NBCC in construction field and particularly in execution of projects on Smart City concepts.  Dr Mittal, while briefing the media, said NBCC has been making constant endeavour to add value to the construction sector and is presently focusing on development of Smart Cities all across the nation as also redevelopment of Government properties. He specifically mentioned about NBCC’s recent projects such as redevelopment of East Kidwai Nagar, development of East Delhi Hub, Karkardooma and Lake View Complex, Trilokpuri.