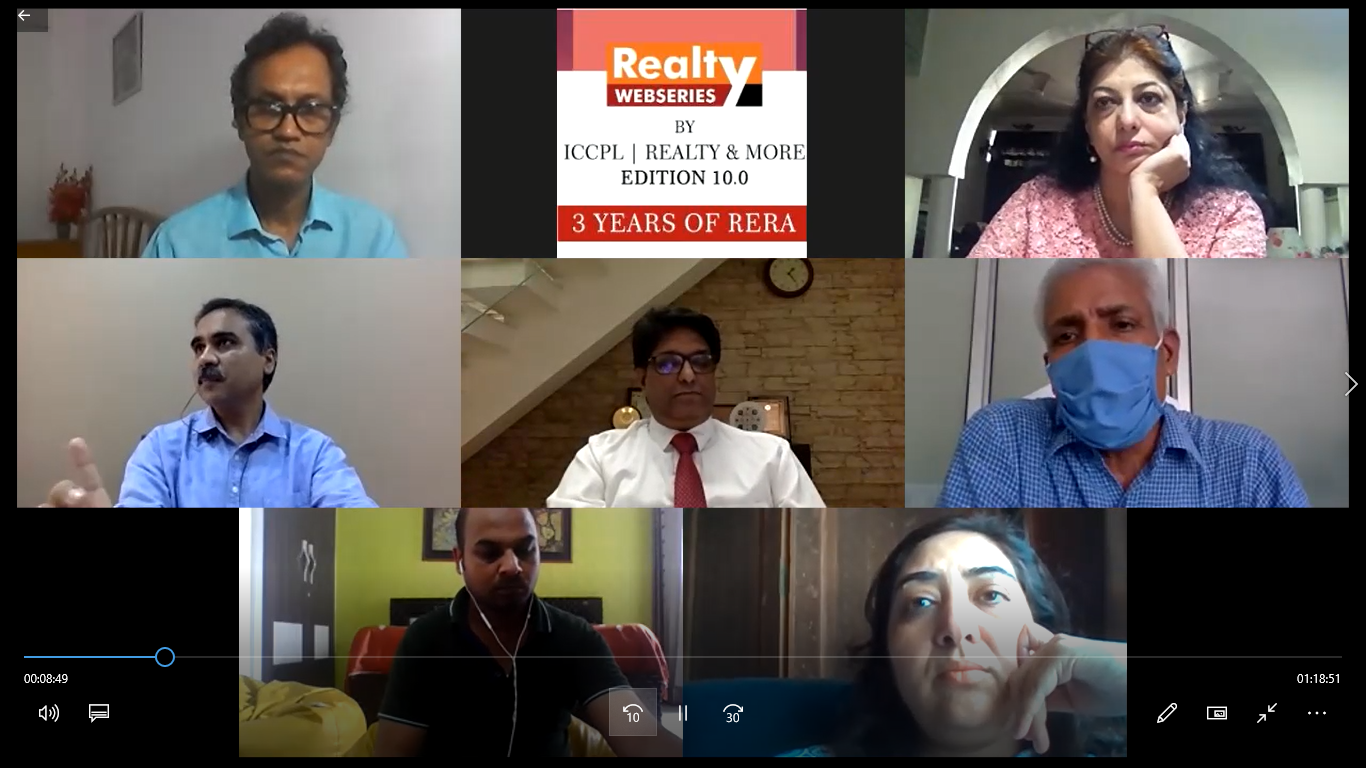 Time is not far when complaints will be resolved within three months at the RERA- level itself. This optimistic scenario was painted by HRERA Panchkula Bench Member Dilbag Singh Sihag at the 10th edition of Realty Webseries hosted by ICCPL and Realty & More on July 18.

RERA Act, he said, is in infancy stage and once it has been scrutinised and decided by various courts and everything is settled, “the day will come when within 90 or 100 days the grievance of the complaint will be resolved at RERA itself”.

Speaking on the theme, “Three Years of RERA’, Sihag emphasised that he was not talking about the Panchkula RERA or any other RERA in particular. “All RERA institutions are more or less with good people and they are discharging their duties honestly, earnestly and in a legal way”, he said.

Referring to the post-RERA situation, Alok Singh, Founder of the Federation of AoA, Ghaziabad, said things are much better now with various checks and balances in place. “Earlier, the builder first used to buy a Jaguar before going in to purchase a brick”, he said rather sarcastically.

To this, Khair Ull Nissa Shah, ED, WTC, replied: “Please understand; when you are doing business, none of the businesses has this thing that we are going to dupe.” There are only a handful of people, she said, who enter into a business with this intention of duping people. “Corporates want to do business, especially those who want to do multiple projects. They’re there to stay; they are not there to dupe”, she retorted.

But yes, she said, “I must say that RERA brings in checks and balances which are required in the industry. RERA is the right move for that.” But still there are lot of challenges and there are also opportunities to be addressed, she said, adding: “RERA is in a very positive direction”.

Introducing another pertinent angle, Ananta Raghuvanshi, Senior ED, Sales & Marketing, Experion, said when people go to buy, they must also read the documents properly. Referring to HRERA Member’s remarks that at time buyers don’t get the agreement registered, she said, this deprives them of the benefits they are entitled to. “The foremost thing is to choose the right builder”, she emphasised.

RERA expert Venket Rao summed up the discussion by saying, “Whenever a regulator steps into any industry, one has seen that there is a disruption in the market, which is what we are looking at and we are going through right now.”

Bhutani Group launches scheme to bail out buyers and developers