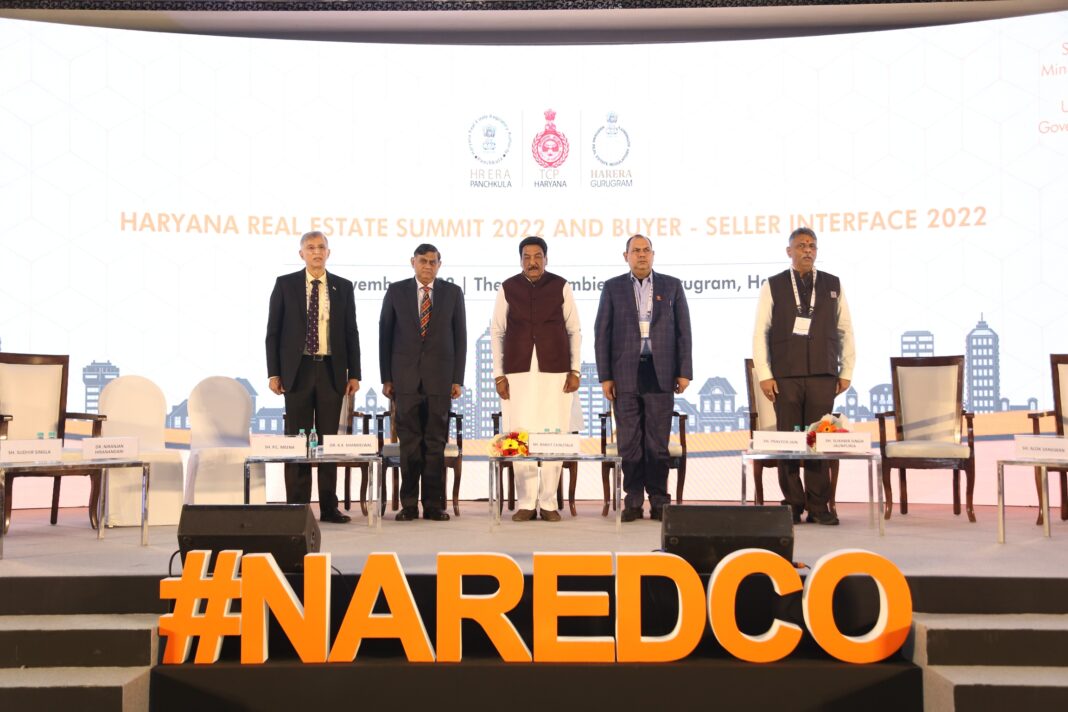 Addressing the queries of developers present at the occasion, Chairman Haryana Estate regulatory authority (HARERA) Dr KK Khandelwal called upon real estate developers and builders to come together in unison to seek modifications and upgradation in the Real Estate (Regulation and Development) Act, so that it’s loopholes, if any, get corrected and both industry leaders and buyers of housing including affordable housing stand to gain.

Dr Khandelwal also added that the Act in its current form has certain loopholes that have existed for the last five years. These loopholes have been talked about with a piecemeal approach without any consistency to address them and that’s why they go on even now.

Hence, he asked industry leaders assembled during the summit to exert their influence under the banner of NAREDCO to the right quarters of the Government so that necessary changes are affected in RERA and both buyers and sellers have no problems with it.

According to him, the NAREDCO should form an expert and core group and study the act in an objective manner and find out what is correct and incorrect in the legislation and submit its recommendations for the Government’s consent so that corrective measures are initiated and the act is modified and even upgraded to the best of the satisfaction of all stakeholders.

“I have been raising the issue of lacunae in the RERA act for the last couple of years to inspire the industry for necessary corrections during various interfaces with little success because industry leaders did not follow-up the issue with policy makers and that is why changes in the act have not yet” said Dr Khandelwal.

On the occasion, Parveen Jain, Chairman, NAREDCO said “Our goal is to maximise the effectiveness of existing policies. The Haryana Real Estate Summit 2022 gives us a platform to examine the state’s projects and programs and assess the possible impact of various policies adopted in the real estate and infrastructure sectors”.

Among others who were present on the occasion where Dr Khandelwal was speaking included Ranjit Singh, Power Minister, Govt of Haryana, Rajan Bandelkar, President NAREDCO & Niranjan Hiranandani Vice Chairman NAREDCO.