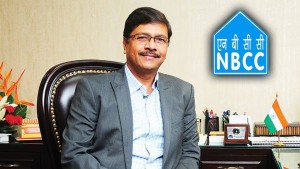 New Delhi, 13th February 2019: State-owned Navratna PSU, NBCC (India) Limited, under the Ministry of Housing and Urban Affairs (MoHUA), today reported a standalone Profit After Tax (PAT) of Rs 77.74 Crore for Oct-Dec quarter, up from Rs 61.89 Crore reported in the corresponding quarter of last year, representing a growth of 25.61 per cent year-on-year.

The Board of Directors in a meeting today approved the financial result of the company for the quarter and nine month ended on December 31, 2018.

The Apr-Dec nine-month period saw total income from operations of the company grow 30.81 per cent over the same period last year.

Commenting on the results, Dr. Anoop Kumar Mittal, CMD, NBCC, said, “We began the new financial year with a target of minimum 30 per cent growth in top line in all our business verticals. Our performance so far this year has been in that line. There are several projects in pipeline which are now getting matured.”

He added that NBCC has been working towards bringing down its employee cost and also controlling overheads. “Execution has picked up and we are relying more on technology, which will improve our margins further”.

A preferred partner of the Government for infrastructure projects, NBCC’s 88% of business revenue comes under PMC segment which has grown by leaps and bounds, touching an order book of nearly Rs. 85,000 crore.

During the nine-month period ending December 2018, NBCC bagged various projects like AIIMS Bilaspur in Himachal Pradesh, IIM-Ranchi and other projects in Uttarakhand, Rajasthan and Madhya Pradesh. In the international market, it bagged a project to build Convention Centres in nine African nations and also to construct the Indian Pavilion at the World Expo 2020 in Dubai.

During this period, NBCC also forayed into large-scale residential projects with the Hon’ble Supreme Court of India handing over incomplete projects of private builders to NBCC, for completion.

During the year, NBCC acquired public sector company HSCC formerly known as Hospital Services Consultancy Corporation with a vision to secure business synergies. HSCC, under the Ministry of Health and Family Welfare, is engaged in the provision of consultancy services in health-care and other social sectors in India and abroad.