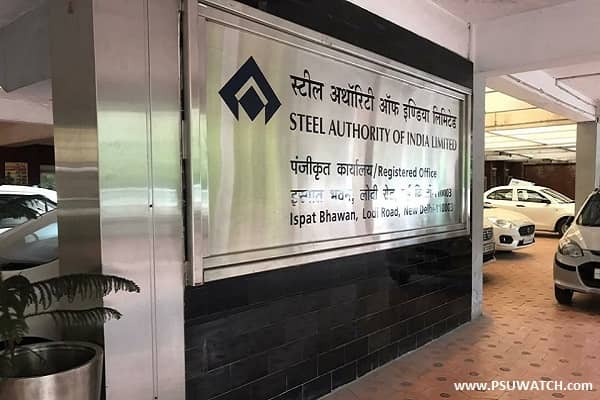 The Steel Authority of India Limited (SAIL) announced its financial results for the FY 2019-20 (FY20), in New Delhi on July 10.

SAIL has earned a Profit Before Tax (PBT) of Rs 3170.66 crore leading to Profit After Tax (PAT) of Rs 2021.54 Crore in FY20. This profit has been earned in spite of the challenging market conditions including the onset of coronavirus pandemic.

The company’s strategies to increase market reach led SAIL to export 1.18 MT in FY20, making it the highest-ever exports with 54 per cent growth over CPLY.

SAIL re-emerged as the largest domestic crude steel producing company during FY20. It produced 16.15 MT of crude steel in FY20. The company produced 15.083 MT of saleable steel during FY20 which is the best-ever figure so far. In FY’20 it also emerged as the largest miner for steel making input material by mining a total of 32.406 MT of iron ore, fluxes (limestone and dolomite), coking coal and non-coking coal.

Anil Kumar Chaudhary, Chairman, SAIL, said “SAIL has continued to earn profit consecutively for two years despite the challenging times. The Government’s supportive policies have played a pivotal role in maintaining the profitability of the company.”

We can also lend our voice if there is a delay in delivery due to multi-point issue: UP RERA Chief