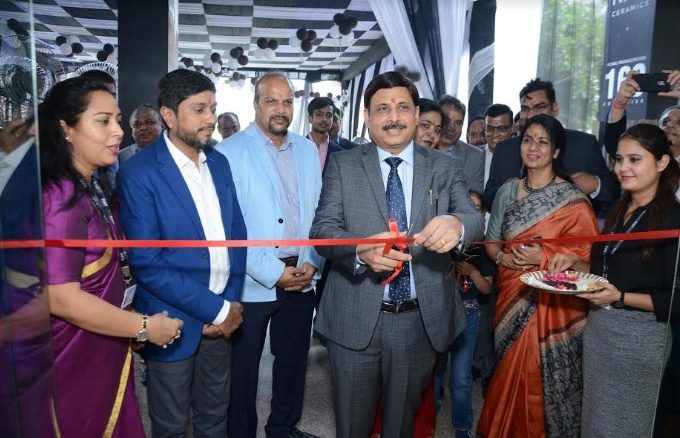 New Delhi / Gurugram, September 7, 2019: RAK Ceramics, one of the largest ceramics brands in the world with headquarters in the United Arab Emirates (UAE), is expanding its reach in India. It’s opening its own Orientation Center in Gurugram.  “With our presence in Gurugram, we are targeting Delhi NCR market, which is quality conscious, and that being our forte will help us add to our target to reach revenue of Rs 900 crore this year,” says Mr. Anil Beejawat CEO RAK India.

The store at Gurugram is spread over an area of 6000 sq.ft across two floors and will cover the markets of Gurugram, Manesar, Delhi and Noida.

The company said that the strategy was to have a production facility in North and they are also enhancing their footprint by opening Company Owned Orientation Centres, Exclusive, Privilege and Select Dealer outlets and seeping further into Multi-Brand Outlets across the country. The company plans to invest Rs 40 crore in the modernization of their plant at Samalkot, Andhra Pradesh. “Gross margins are improving due to continued investment in operational efficiencies as the company remains focused on running an efficient and profitable business,” adds Mr. Beejawat.

“We have also opened two plants in Morbi, Gujarat, which have been operating since early 2018. The plant at Samalkot is the largest and the most modern vitrified tile manufacturing plant. It has the manufacturing capacity of 30,000 sq. mtrs of vitrified tiles, and 3000 sanitary ware pieces every day.

In India, RAK Ceramics has acquired the image of being a trend setter. RAK Ceramics offers more than 850 SKUs in Vitrified tiles, 1600 SKUs in Ceramic Tiles, and over 250 SKUs in sanitary ware. Currently RAK Ceramics is available through a close knit network of 14 exclusive Company Showrooms and over 800 dealers across India

The company has more than 8000 designs and shades, making it amongst the largest range of products globally. With a wide range of offerings, RAK Ceramics enables its esteemed customers to design an abode out of their living and working spaces.