The Universe is composed of Panchtatva or five basic elements comprising Prithvi (earth), Apas (water), Tejas (light), Maruta (wind) and Aakaash (sky). These are the five elements from which proportional measurements are made

According to ancient Roman architect Marcus Vitruvius Pollio, a human body is made to perfection with certain proportional measurements of the elements. Vitruvius also stated that buildings should be built using these same proportions and ratios of elements. The Vitruvius theory was illustrated by a famous artist and scientist Leonardo da Vinci in a famous drawing known as The Vitruvian Man.

As per Vedic sciences, those elements from which proportional measurements are made are known as Panchatatva. According to Indian mythology, the word sanskrit term ‘Panchatatva’ represents the five elements around which life evolves. This universe and all its contents are basically composed of panch-tatva or five basic elements comprising Prithvi (earth), Apas (water), Tejas (light), Maruta (wind) and Aakaash (sky).

Following the universal law of life, everything on this planet is composed of five basic elements or the “panchamahabhutas”. It is believed that our body is also composed of the same basic elements called pinda. The unison of pinda, the individual body, with Brahmaanda, the cosmic body, is beautifully represented by the GreatYantra. 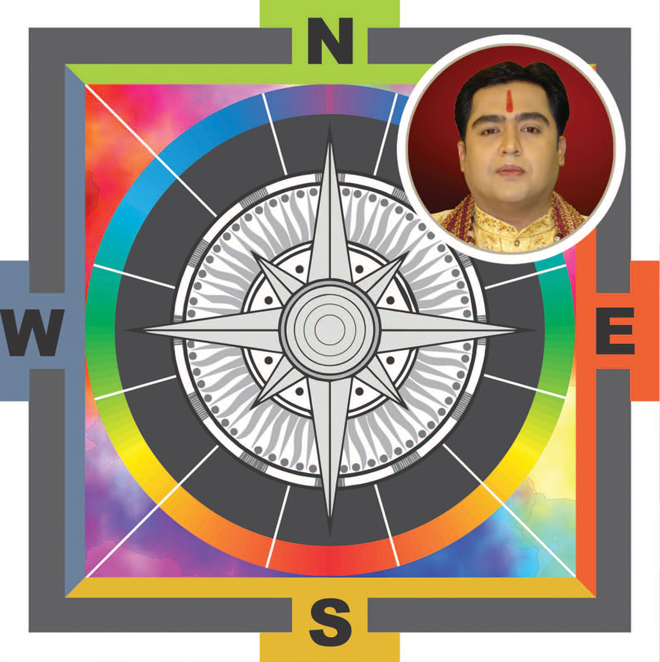 The earth is solid as it houses the soil, landscape, flora and fauna. With its tremendous magnetic fields and gravitational force, it keeps every living and non-living thing grounded to the earth. It is a symbol of peace. It manages all the tatva to work properly when human body is in a sleeping state. The subconscious mind is under the Earth tatva. When we pick our food and put it on the tongue, the subconscious mind tells us the flavour of spices. Chewing of food, digestion and metabolism of food is under the Earth Tatva. The child in the mother’s womb is example of Earth Tatva. That is why the mother is called earth. The earth is a cause of life as well as death, everything created on earth is made up of things related to earth. Due to reduction of the earth tatva, forests diminish and buildings collapse.

Water is the source of life and it flows within all of us. Seventy per cent of the earth is water and the same goes for the human body. Water helps blood to flow in the vessels of the human being and sensitivity in our body is due to water. Water has an important place in our body. When Fire tatva is more in our body it is balanced by Water tatva. That man consumes more water during summers is an example of this, willingness to bath during summer is another example.

Fire is the source of energy and light. Light is important for making the beauty of the world visible to all of us–in all its radiant colours. The Fire tatva inside the body regulates the temperature of body, helps in digestion of food. Fire tatva outside human body makes us feel hot and cold.

Air, which can also be linked to space and atmosphere, is a powerful life source that is important to sustain life. Air tatva gives life in human beings without it a man cannot survive.

(The writer is a vastu expert who holds a PhD in Vedic Astrology & Masters of vedic Vastu)
The author can be contacted at kamal.nandlal@gmail.com, (M) +91-9929096678